Bek, pictured above in pink with her Fall 2013 classmates, is living a story of redemption.

Have you ever felt like you needed a do-over? Today’s blogger, Bek Guess, needed exactly that. Below is her powerful testimony of how God continued to pursue her even when she actively ran from Him and how He’s redeemed a season of her life now that she’s returned to His loving arms.

My first encounter with h.e.a.r.t. occurred when I was in sixth grade. My mom and I had gone to Indonesia with Compassion International the year before and I felt a burning in my heart for missions. My dad had known about h.e.a.r.t. for years and thought it would be a good idea to take me there to visit and perhaps help me to think about having a future at h.e.a.r.t. I loved it and decided that someday I would attend h.e.a.r.t. and that I needed to be preparing myself for a life dedicated to overseas missions work.

I jumped on every overseas mission trips that I could and was given the incredible chance to go to Tanzania during my senior year and live with a missionary couple from Northeast Ohio for a month. My heart was radically changed, but when I came back to the U.S., I was empty and I could not understand why. I began searching for whatever it was that I was missing in materialism, friendships, and anger. 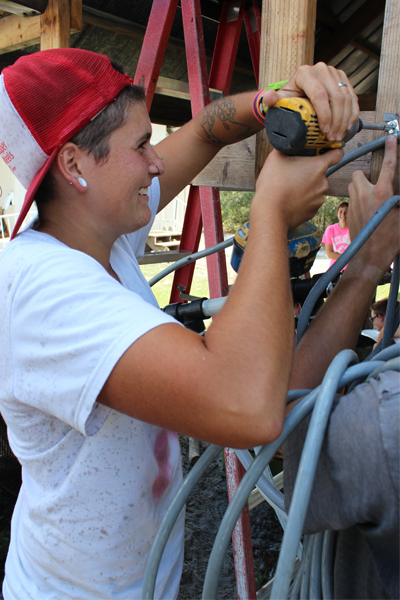 My freshman year of college, I attended Warner University and because I had not been able to find what I was missing I became hard and complacent with life and began to use my words to manipulate people and control them. Because I was struggling internally I could not find peace at Warner and decided to attend h.e.a.r.t. for the Spring term of 2012. My destructive life and behavior followed me and I was constantly hurting the amazing people of my class and basically being the biggest brat one can imagine. Phil was constantly needing to talk to me and one day he said something that has stuck with me since that day, “I was so excited to have you come this semester because I had so many people tell me about you and your heart, but honestly I haven’t seen the girl they talked about once.”

Celebration of Community came and I began to think back on the semester and how I had acted and treated the staff and my class and thought to myself, “sixth grade Bek would be so ashamed of the way you handled this incredible opportunity to grow and learn.” That is when I decided that someday, when I am ready, I would come back and go through the program right.

Sadly, my heart did not change after Celebration of Community, but only became more apathetic and hard toward life and God and I began to get more deeply involved in partying, drugs, sex, and more chewing people up and spitting them out when I got what I wanted from them. I was killing myself and I honestly did not care.

I transferred to Ohio Christian University and continued in my destructive lifestyle, but this time I began to question what I was doing and began to look at how I was living. I hated my lifestyle and did not

During her God ordained “do-over” semester at h.e.a.r.t., Bek has
actively engaged in all aspects of the program.

want any part of it anymore but I had no idea how to get out of it. That is when my life started falling apart. I had lost almost all my friends because of the way I treated them, but the thing that fully broke me of my ways was on a night when I had driven back to my dorm room drunk. The next morning I received a text that one of my best friends from home had been hit head on by a drunk driver and they did not know if she would survive. I realized that I could have been that person because of the destructive lifestyle I was living. Praise God that my friend is healed! She’s a miracle. 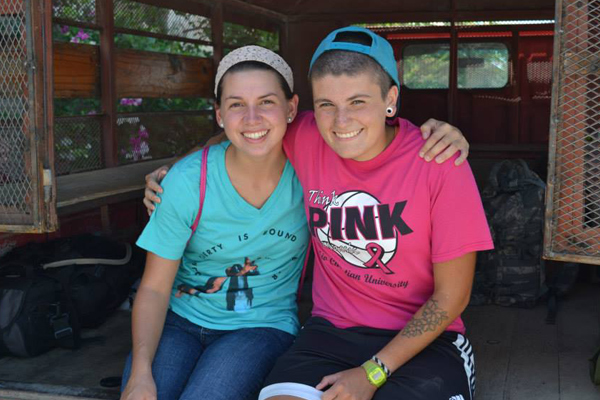 Bek and longtime friend, Kalyn, have shared the Fall 2013 semester experience at h.e.a.r.t.

Currently, I am back at h.e.a.r.t. as a student and every day I am reminded of how gracious and loving our Father is. He captures our hearts and brings them back to Himself. It does not matter how far we have strayed, He welcomes us back into His arms with grace and love and holds nothing against us. That is so insanely incredible to me. Because of the grace I have been given in being able to return to h.e.a.r.t. for a second semester, I have grown even more deeply in love with Jesus and have been actively engaged in the community and learning environment here. I am blessed.

If you are reading this and feel like you have wandered far from Him and you want to go home but feel unworthy, nowhere you have run is too far for you to return. Take it from the kid who ran full speed away from Love.

He still takes us back.

He still wants us.