And What Does the Lord Require of You? will give you a little background for this entry, Josh’s second blog.

When our 2SOL team was in Zimbabwe in July, one of the main goals was to implement nutrition gardens at 2 different schools. Before we started working at the schools, we met with the heads of the schools. At h.e.a.r.t., we learned that it’s important to go to the community and ask their needs, rather 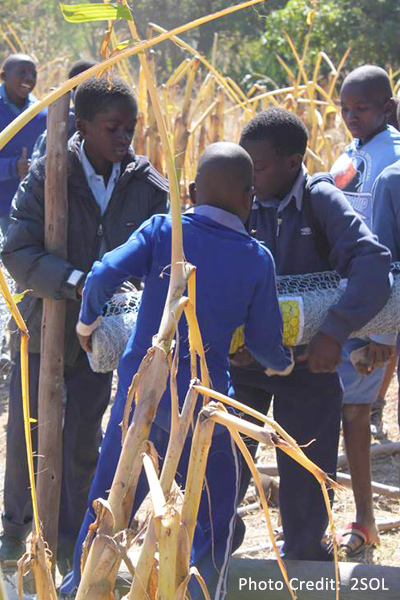 than come in with our own presuppositions of what their needs are. We had meetings with leadership of both the schools to see what their needs were, what they had knowledge of growing and taking care of, and what resources (people, tools, water, etc.) they had available to maintain the gardens. Once we discovered their needs, knowledge, and resources, we were able to work together to come up with ideas we thought would be most beneficial for each school.

It was our first day working at Rusike Primary School in rural Zimbabwe. We showed up and there were about 100 kids there ready to help us start the garden. After choosing the location for the garden, one of the first things to do is put up a fence. In Zimbabwe, like many other countries, people let their animals wander for many months of the year to graze on left over crop residue. Therefore, in order to keep wandering animals from eating all of your plants, you have to put up a fence.

We dug all the holes, put in the posts, and it was time to put up the fence. I grabbed a roll of fencing and started to unroll it. I was quickly swarmed by a group of kids eager to help. Several tiny hands took the fence right out of mine and they began to unroll it. I grabbed another roll of fence to begin unrolling it where the first one would end. I wasn’t able to start unrolling this one before it was again taken from me by a group of excited, helpful hands. I didn’t even have a chance to glance at the last roll before they got it and started unrolling. Once all the fencing was unrolled they all stood it up against the posts that it would soon be nailed to.

We hadn’t even started nailing the fence to the posts yet, but the kids were there, standing all around the outside of the garden, holding up the fence. They were all doing their part, helping where they could. As a pastor’s kid, I’m sort of trained to look for sermon illustrations, but this was something more than just an illustration. As I saw the kids surround the fence, I saw an example of what the Church could be. The kids were all doing their part to help. They were eager to help. They saw what was required to accomplish the task and they did it, even if it wasn’t the most glamorous or rewarding job or it was hard, they still did it gratefully.

There they stood, supporting the fence that would protect hope. 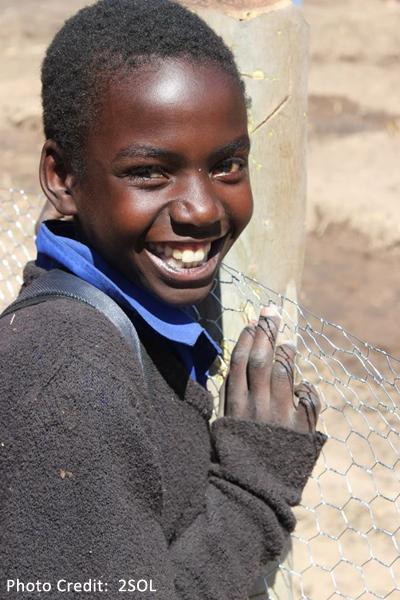 There were kids who dug holes for the fence posts in the hard packed clay with nothing more than a bent metal pole. It was the only tool they had and yet they did the work with a smiles on their faces. They saw the ultimate purpose. Everyone had a role to play and they did it.

A few plants can radically change a kid’s life. To them, this garden represented hope. There they stood, supporting the fence that would protect hope. Those kids challenged me that day to be the best I can be for the Kingdom and to always support and protect hope. They showed me what the Church could be. They taught me that there is no unimportant or mundane task when it comes to pursuing hope.

But the eyes of the Lord are on those who fear him, on those whose hope is in his unfailing love. 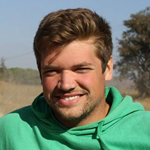