“They don’t talk to anyone but each other for a whole month.”

“All they do is work in gardens, make their own food, and sing Kumbaya around the campfire.”

“I don’t think any of them even shower.”

These are all the things I heard about h.e.a.r.t. within my first week at Warner University. When you are new at school and all the older kids make these statements with a negative tone and looks of disgust, you just nod along and think its a crazy place full of insane people. Or at least that’s what I did my entire freshmen year at Warner.

As time passed, I was exposed more and more to people who loved h.e.a.r.t. As I learned more about the mission field, it started sounding pretty interesting. Friends who attended the program began telling me about all of the great things they had learned, all of the tough but rewarding community living, and I decided to look more into this mysterious place that lurked just beyond our soccer field.

I learned a ton about living in community, animal development, living minimally, the importance of microorganisms, how to shower/not shower in 40 degree weather and cooking by candle light.
Although I had never gone beyond the first pasture, h.e.a.r.t. captivated me. See, after graduation I was going to work for a group called Mud Ministry that specialized in youth camps and mission trips. Now what was h.e.a.r.t. exactly?

A training center for missionaries.

Now there’s a connection, right? Of course! The next time I saw Phil, the Director, I felt the uncontrollable tug to talk to him about the upcoming January term. It was just 3 weeks in length and I could do it while still being in school over winter break. So I applied, got accepted and had the time of my life out there.

I learned a ton about living in community, animal development, living minimally, the importance of microorganisms, how to shower/not shower in 40 degree weather and cooking by candle light. I was able to take a ton of new information to my ministry and we even took some appropriate technologies from h.e.a.r.t. to a school in Odek, Uganda.

In the end, did h.e.a.r.t. help me? YES. Was it weird, strange, and full of insane people? Of course! I became one of those crazy persons and I wouldn’t trade that experience for anything. I have learned so much from h.e.a.r.t. and I continue to use the training I gained there in the mission field. 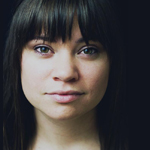